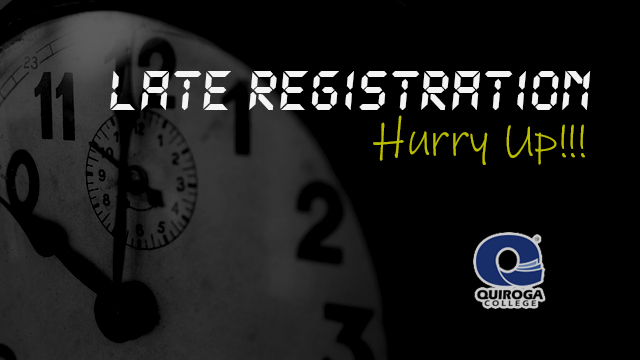 Get your Associate Degree in:

(773) 523-24-40
The event took place at the Capitol, headquarters of the state congress located in the capital of Illinois, Springfield, on May 8 and 9. Until this city, three hours from Chicago, traveled in our representation of Quiroga College: Michelle Chavez, member of the board of directors; Gloria Quiroz, executive director; and Jose Manuel Oritz, project manager; accompanied by Eduardo Niño Ávalos, Consul for Community Affairs of the Consulate of Mexico in Chicago. 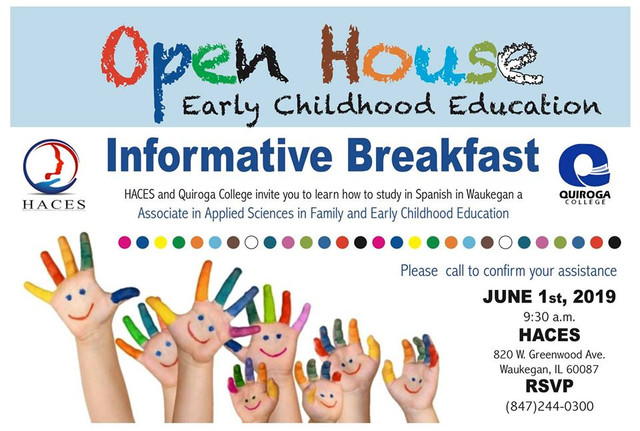 Quiroga College arrive to Waukegan. Don't miss the Informative Breakfast about Early Childhood Education on June 1st, 2019 at 9:30 am.

Sign agreement to teach completely in Spanish in "HACES".

The pilot plan will begin this fall with the Child's Associate in Family and Early Childhood Science. About 400 providers who provide childcare in their homes would be the direct beneficiaries.

Quiroga College and the Hispanic American Community Education and Services (HACES) signed an agreement to engage in a planning and implementation process to facilitate a relevant curriculum to needs of the Spanish – limited English speaking community of Lake County Illinois placing a strong emphasis on the Waukegan area.

Both institutions agreed that there is one area of need that requires attention and falls within the present educational and credentialing offerings of Quiroga College: The Associate in Applied Science in Early Childhood Education program.

After the signing of the agreement, teams from both institutions began to work in order to offer Higher Education Services to the community as soon as possible. 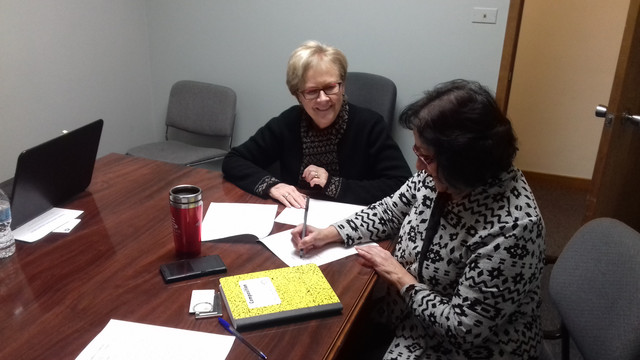 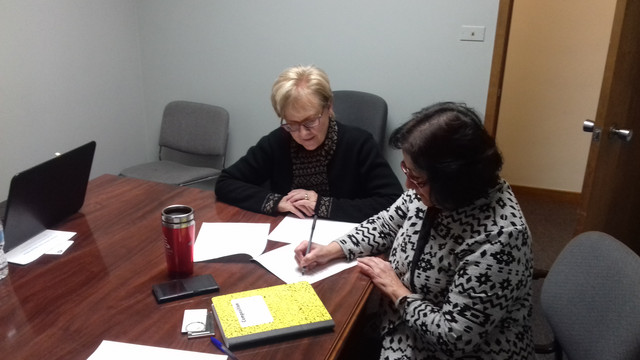 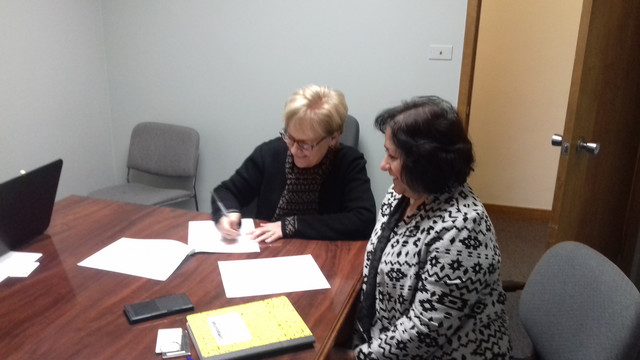 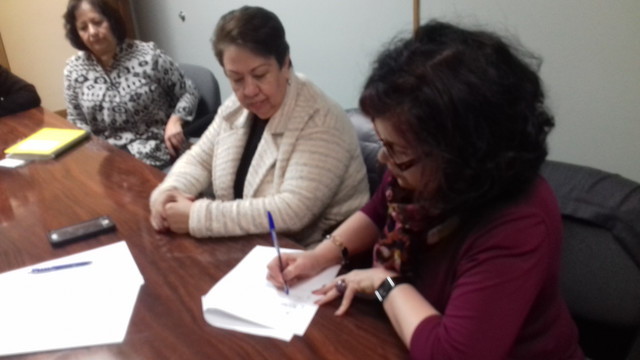 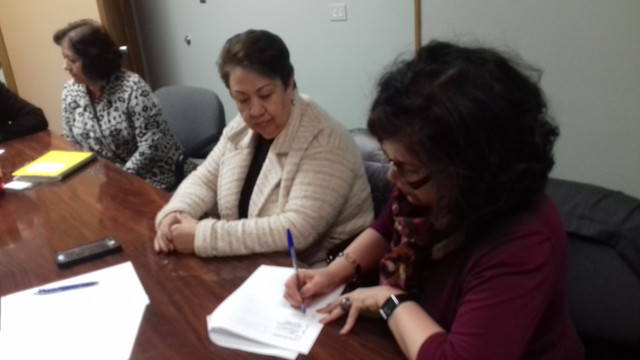 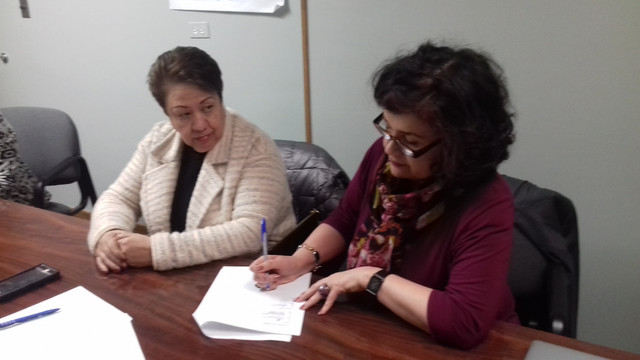 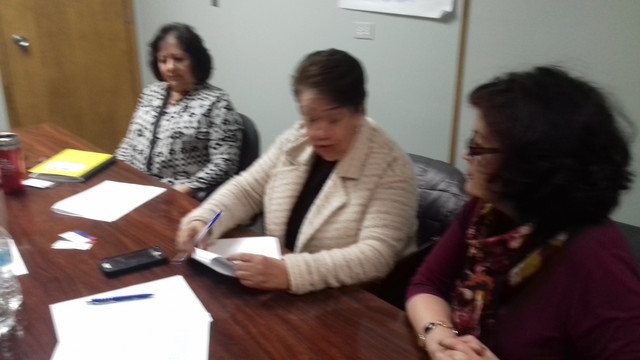 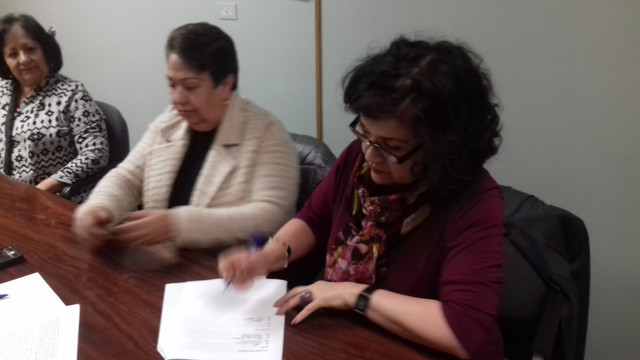 We have the privilege to live in an era full of surprises.

The time of the digital revolution, the time of technological miracles that changed the way we live and interact with each other.

In this world of apparently inevitable change, the challenge, as Pope Francis said, is to make sure that these changes are favorable for all the people.

"Today, however, new challenges arise which must be faced. In a world that tends toward economic and cultural globalization, every effort must be made to ensure that growth and development are put at the service of all and not just limited parts of the population. Furthermore, such development will only be authentic if it is sustainable and just, that is if it has the rights of the poor and respect for the environment close to heart. Alongside the globalization of the markets there must also be a corresponding globalization of solidarity; together with economic growth there must be a greater respect for creation; alongside the rights of individuals, there must be the guaranteed rights of those who are a bridge between the individual and the state, the family being the first and foremost of such institutions." (Pope Francis, Apostolic visit to Albania, Sept. 21, 2014)

How do we make sure that the globalization helps us to make a better world? How do we build this bridges between individuals?

The globalization implies the encounter of different cultures. It can be either good or bad. It can enrich the lives of communities or be a source of conflict between individuals.

Vasco de Quiroga, Don Vasco, first bishop of Michoacán, México, gave us an example of how understanding -and embracing- cultural differences can help to build a better community.

He arrived from Spain in the sixteenth century with the responsibility of bringing peace to some regions of Mexico.

If in our information era, we sometimes find difficult to understand other’s cultures and values, imagine the early years of interaction between Europeans and native people of the Americas: They all had different cultural backgrounds, social systems, languages, and cosmovision, and yet, they made it possible to find a way to live together.

How? When Vasco arrived at a place, he strives to learn everything he could about the town: traditions, language, social conventions. He recognized the good and the innocence in every person. He also admitted mistakes and vices.

During his first encounters with the locals, he found something that was very strong in the native cultures: the sense of belonging to a community, the idea that somehow, everyone has to rely on the other to survive.

Considering this sense of community, he proposed a way to organize small towns in a system that took some ideas of Thomas More’s Utopia: The work as a way to enhance the virtues of the person, the construction of a community based on the family and the education.

Don Vasco organized the communities to make sure everyone had time to work in their family’s lands. Also, every member of the town had a designated time to collaborate in the community fields.

The production of the community field belonged to all the members of the town, and a steward made sure that everyone received something according to their needs.

As people worked for their family and their community, they developed strong social bonds.

Education played another important role in the life of the community: Everyone received technical lessons -for example as for how to work with copper, wood or palm-, catechism and sometimes, liberal arts lessons. The second college opened in continental America, Colegio de San Nicolas, was founded by Vasco de Quiroga.

The system worked and is still working in some communities founded by Vasco de Quiroga.

Get to know the other, find the values in common and educate. Build communities and work for yourself and your community. At Quiroga College, we believe this is an excellent way to build bridges between persons and communities, multiculturalism at in practice, and the contribution to a better world.


The love of God our Father for us is clear and present in the redemption of Jesus Christ. There are two words that come to mind as I reflect on the readings we just heard today: one is Restoration and the other Resurrection, and these two words can be summarized into one: Redemption. When we speak of restoration, let’s say you want to restore a piece of art, you want to restore it to its original beauty. But when we speak of Resurrection, we speak about overcoming death, the triumph of Christ Jesus over darkness and death, and his loving invitation for us to have new life. So, Resurrection not only restores the original beauty in which God created us, but it gives us back our ultimate beauty in the new life we share in Christ, and that is Redemption. Redemption is Restoration and Resurrection at the same time. We are reminded of this great act of love as we celebrate this Lenten season. Jesus shows us the great love of the Father in his Passion and Resurrection. The Redemption of Jesus is a pure act of love for us his children.

Last September 24th, the UVAQ in Morelia was visited by Alex Acevedo, President of Y.P. Mobile C.A.R.E. Foundation and President of Young Achievers of Pilsen; Flavio González, Advisor Representative Eddie Acevedo Illinois; and Mr. Renato Beltrán, member of the Club of Migrants of Villa Morelos, Michoacán, in Chicago. They visited the Radio Station, the Media Center, the Medicine Center, and enjoyed a typical lunch from Michoacán, prepared by Gastronomy students and teachers.